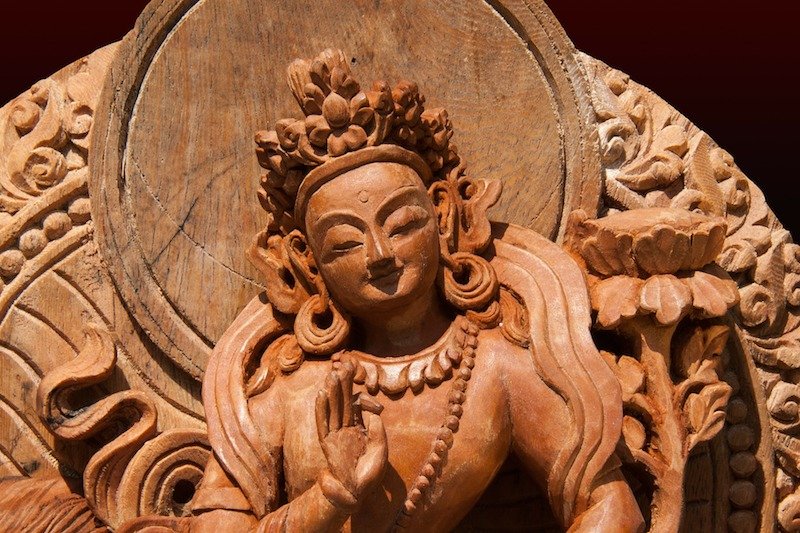 Q: I am confused about how to consciously create my own reality. In one sense I may want something consciously, but then I feel that my higher self brings me the experience that I need to have for my soul growth instead. So how does creating my reality consciously work?

Wow, great question! Our mind is creating our reality. In the Bhagavad Gita, when Arjuna is brought to the battlefield he is full of desire to please God. He has trained his body, he has trained his mind, he has done all the training for this moment. So his reality is being created right in front of him. He has a picture of what he wants to manifest, and what he wants to manifest is the slaying of evil. But what actually happens is his unconscious kicks in when he reaches the battleground and his unconscious begins to manifest something else.

So the fact is, that when we want something to happen – let’s say that I said, “I want to sit in the front row of the movie theater tomorrow.” Now, if I put that out as an intent, I might then go to the movie theater, buy a ticket, and find that the first five rows are filled. Here’s the thing; that’s a moment for me to sit and think, hmm, why didn’t I get the front row? What was the cause of me not manifesting the front row? Stuff will begin to come up like, “Well, when I was in school did I not always sit in the back row because I wanted to hide, why now all of a sudden do I want to sit in the front row? Why now do I want to be the leader of the battle when actually I always was better directing the battle?”

The Conscious and the Unconscious Mind

So you have this conscious and unconscious dialog going on. So if something doesn’t manifest that you ask to manifest it’s because something in your unconscious is more powerful than what it is you’re putting out consciously. That’s really what it is. There are moments of what we call surrender, but what I always said is that surrender has nothing to do with lying back with your hands behind your head in the sun drinking piña coladas, and so on and so forth. Actually, when you surrender you find that you become much more busy with all sorts of physical activity and work because you are now absolutely addressing your unconscious beliefs. I would always check if I have asked for something to manifest and it doesn’t, I check my unconscious and see if the block is there. 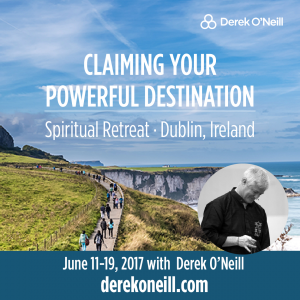 For more advanced spiritual teachings with Derek O’Neill, join us at the annual Spiritual Retreat & Workshop in Ireland.