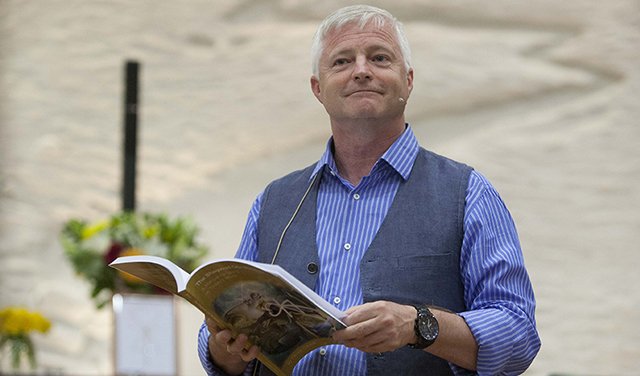 A Manual for Living In Today’s World

Do you feel hurt when you’re in your astral body? Yes, you do, but people don’t realize it. Because people think that when you’re finished on this plane of existence, (the plane of material matter) – you transcend this level you call it death.

What happens is you rise up into your astral body. And when you’re in your astral body, you will now be given any merit or demerit that you earned whilst in your physical body.

If you have earned any merit, what that will actually apply to, or what that will actually mean, is now that you’re in your astral body you will be given an opportunity to see all the dramas that you bought into when you were in your physical body. So you’ll be able to work out certain aspects of your karma whilst on the astral plane. And then when you’ve worked out enough, you return from the astral plane, and you are birthed back into the physical plane.

So you go through two births. The birth into the physical and the birth into the astral. And it’s actually two births, so there is no death, its two births. And that is your wheel, or your cycle, your cause and effect, your karmic wheel, whatever words you want to put on it. And you will continue to remain on that wheel or causal plane if some – thing doesn’t change. And that’s where, depending on your grace, your physical teacher arrives or your inner teacher awakens. The easiest path would obviously be to have your inner teacher awaken. But very few people attain such grace. And even the ones who have, have only done so after many lives of possibly having access to a physical teacher, a teacher who knows the path or the way. 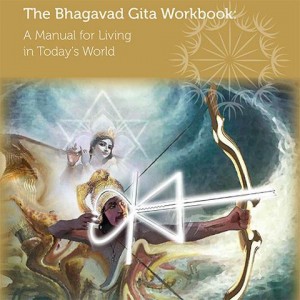 For instance, when you read in the Bhagavad Gita something like, Krishna or God saying to Arjuna, “you, humanity, you must kill your family.” This might be quite disturbing to your consciousness. If you believe that God is telling you its ok to murder people or that it’s ok to kill your family. But that’s only if you’ve lifted the story out into this plane of existence which is what plane? The plane of…

Derek: Physical. So if you bring it out into the plane of the physical, you’re going to suffer. So this is why the Bhagavad Gita cannot be read like a novel. It has to be meditated upon. And when it is meditated upon, then and only then will the truth arise. So if you try to read it like a novel, it’s just like a story and you’re not really going to get anything out of it. But if you meditate upon it, you’ll find that there in the pages of this book is anything that you ever needed to know about something. Some – thing, because really what we want to learn about is No-thing.

So it’s not about the collecting facts, which is where most people end up in trouble. They collect intellectual rubbish, instead of using their intellectual wisdom to discern rubbish from truth. So I’ll read the first page or two and then we’ll ask the people in the room here what you think it is I’ve just read about.

And this is this person’s interpretation:

His unseeing eyes blinked several times as he spoke to his minister Sanjaya. The blind old king, Dhritarashtra, figited and cleared his throat. “Tell me Sanjaya, what is happening on the holy plane where the mighty armies of my son Duryodhana, and the armies of his cousin Arjuna are gathered to fight?” The old man knew that his son, Duryodhana’s, decision to go to war was wrong. He knew that the young king’s judgment was clouded over by his jealous hate for his cousin. The old man had felt pangs of conscience but had said nothing when his son cheated Arjuna’s family out of their rightful kingdom and then denied their request for even a trifle parcel of the land that was rightfully theirs.

What’s that? So somebody came and stole your ties, was it? Somebody came in and broke into your house and stole some valuables, is that what this is? And now we should murder them. Is that what this story is telling us? Is that what this is about? And isn’t that what’s happening in our world every day? Isn’t it? Somebody takes something and then somebody’s going after them with some sort of anger and revenge, right? So here he is and he’s expecting God to turn around, of course, and say to him, no, no, no, let them be, be at peace. Or as Jesus would say, well somebody stole your cloak, go and give them your other clothes as well. What does that mean? Does that mean that when somebody breaks into your house and steals your plasma television, that you should find out who they are so that you can give them your HD stereo system as well? And is that the book you’ve been reading? Because that’s my interpretation of what the bible was saying in some way, shape, or form. So because I was on this plane of existence that’s what I thought it was saying.

It was saying there’s two ways you can react. You can either find the guy who stole your plasma TV and beat the crap out of him, and end up in hell. Or give him the stereo and end up in heaven. Isn’t that basically the type of teachings that we’ve all been exposed to? And isn’t it no wonder then that we’re all confused?

So when somebody says to you “oh, you’ve just won twenty billion dollars on the lotto”, you say “thank you, but where is God?” Or somebody says your child has just died in a car accident, that you say “Thank you, but where is God?” and be able to accept both equally. Only then will you be in the depth of the ocean where the pearl sits. Otherwise you will be the wave dancing on the ocean, feeling separate from and not realizing you were always part of, this great depth and this great path.

The Bhagavad Gita Workbook is a limited edition book that includes the transcripts of all 14 session of Derek O’Neill’s Bhagavad Gita series (available in audio/CD/DVD). These powerful teachings have been combined with a new question and answer section for each of the sessions – a valuable resource for studying, contemplating and meditating on the mysteries of life.

One Response to “Suffering is your birthright and so is bliss”